skip to main | skip to sidebar

I wouldn't want to wait until some fucking doctor tells me I only got seven more days to live before I start living. So get moving, dear ass.

*playing: There Is A Light That Never Goes Out - The Smiths
Posted by Tatiana Romanova Surya at 10:22 AM 2 comments: 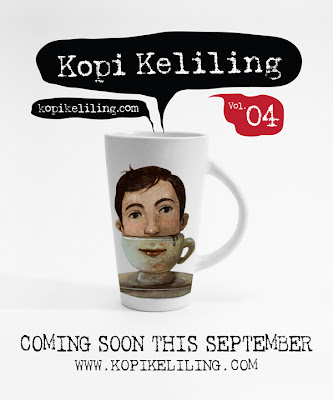 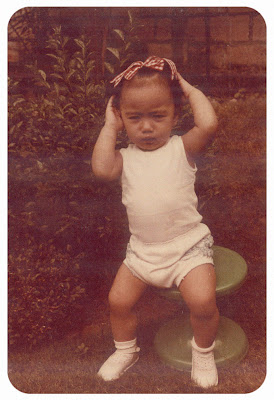 These days, and some more again,
are so mind-shattering and heart-slicing. 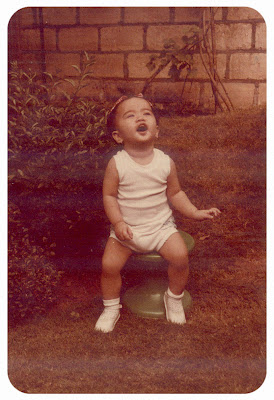 But eventually, and some more last days again, I know I'll be damn bright again.

*playing: Obladi Oblada - The Beatles
Posted by Tatiana Romanova Surya at 10:12 AM 2 comments: 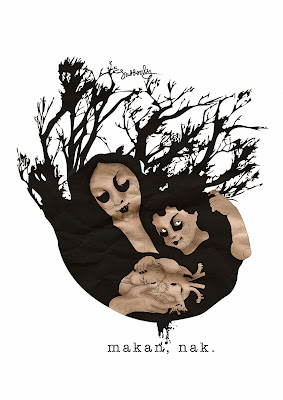 Project from Suddenly, illustrating local ghost tales for Indonesia's independence anniversary. Made a hand-drawn version that did not turn out as wanted in portraying the story. Hope this one also works better for Suddenly's demon lovers. The pose is adapted from a painting of Mother Mary and baby Jesus. The series is published by Suddenly today. Go there to see the rest of their local hauntings in t-shirts and tank tops!

Anak Sima & Takau
Origin: South Kalimantan
Anak Sima ("Anak" means "Child") is actually a baby born out of wedlock, who is abandoned in the forest by its mother. The newborn baby keeps on crying in the middle of the forest until the cry is heard by a Takau (a ghost from South Kalimantan folklore). The hungry Takau approaches the baby for prey, but eventually falls charmed after seeing the baby smiles when she touches it. The baby is then taken as a child by Takau and named Anak Sima.

Since then, a cry of a child is often heard in the forest. Enchanted, you will go seek where it comes from, until later find a beautiful looking child. Being approached, the child will call out "Uma" ("Mother"), stealing your pity and compassion. The child will ask to be carried on the back to go home with you. But along the way, you will start to feel enormous pain on your back, despite the light weight of the child. When you look behind, then you will realize, the child is eating the flesh of your back until it holes through your chest. The child is Anak Sima, whose favorite meal is a human heart.

Posted by Tatiana Romanova Surya at 3:27 PM No comments: 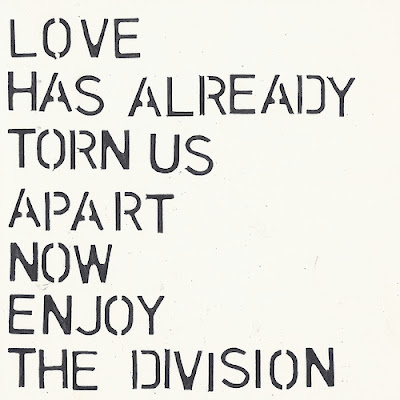 "of how she gave me life. of how she made it end." 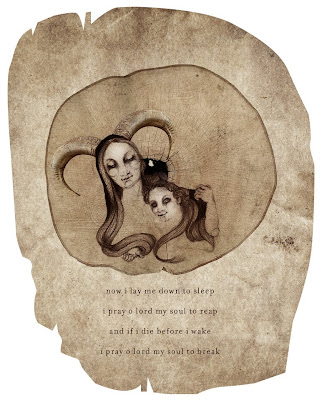 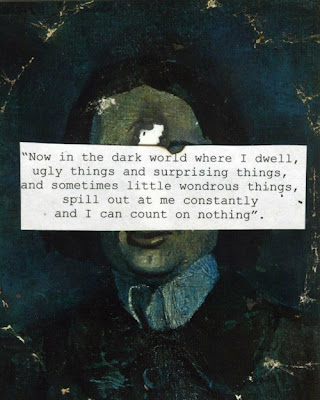 /// from On The Edge of Darkness

"In this dark world where he now dwelt, ugly things and surprising things and once in a long while a tiny wondrous thing spilled out at him constantly; he could count on nothing." - Philip K. Dick.
Posted by Tatiana Romanova Surya at 10:47 AM No comments:

Labels: favorite quotes and lyrics, on the sly

and i live beneath the wave...

...in my { finally yellow } yellow submarine! 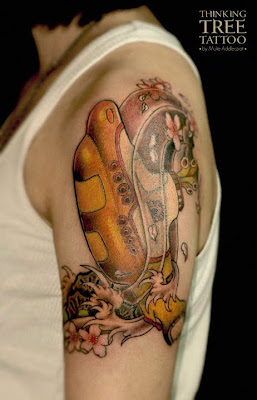 { based on George Dunning's Yellow Submarine, design and tattoo work and photo by the amazing Mulie Addlecoat, Thinking Tree Tattoo. }

And there goes getting it done, bitch!

to skip all the babble bubble crap and go straight to my work, click

Tatiana Romanova Surya
{ home is where the heart is } I heart learning to draw. I heart my tunes daily dose. I heart my dreaming-impossible-things schedule. I heart babble bubbling pointless words. I heart my coffee + cigarette break. I heart being at home.